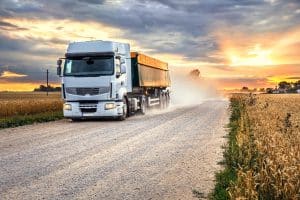 In our beautiful state of Washington, there are large interstate highways that stretch from Spokane to Seattle. They’re often full of those large semi-trucks, so passing and merging can be dangerous. But while the highways and major roads come with certain risks from semi-truck drivers, it may be surprising to hear that rural roads present more hazardous situations than paved ones.

Though there may be more drivers crowding the interstate, rural roads have fewer roadside safety barriers, riskier drivers, poor cellphone reception, and unique and dangerous terrain to navigate. Semi-trucks are large and heavy, and maneuvering them on such inconsistent road types (paved, dirt, gravel) is difficult. When driving on these country roads, we should take every precaution we can, and minimize distractions so that all of our attention can be on the road, and on those large and unwieldy trucks that may share that road with us.

5 reasons why rural roads and semi-trucks do not mix

Collected data of semi-truck accidents show that over half of fatal semi-truck crashes happened on rural roads. According to the U.S. Department of Transportation’s Federal Highway Administration, “40 percent of county roads are inadequate for current travel.” Not only does this demonstrate the need for better maintenance for rural roads, but also the need for truck-drivers to be better trained for the hazards and conditions they will face on country roads.

Semi-trucks on rural roads are not only dangerous to the other vehicles around them, but also to bicyclists and pedestrians. Perhaps you’re taking a ride through a forest or hilly area. Or maybe you’re moving your livestock across the road. You could simply be out walking your dog. If a truck comes careening around the corner, you may very well suffer severe injuries, and there is a high probability that you or a loved one may be the victim of a wrongful death.

If you have been in an accident with a semi-truck on a rural road, and you believe that it was due to the negligence of the truck driver, then you deserve compensation for any damage done to your property, and any injuries you will have likely suffered. You have suffered enough, so let us ensure that you receive all that you need to pay for your hospital bills, lost income, and any other losses. To schedule a free consultation with a truck accident lawyer from Telaré Law, call us at 509-737-8500 or use our contact page. If we don’t win, you don’t pay. Our offices are located in Kennewick and Richland, and we proudly serve the communities of Pasco, Walla Walla, the Tri-Cities, and all of Southeast Washington.